We have been a stranger! We know. We’ve been so busy. So busy starting the world’s BEST new Sydney media project, that is!

If you liked Side Street, Sydney, boy oh boy are you going to love this. You may love it so much you want to make out with it, which you can totally do you know, it’s your computer screen. So it’s called This Place is Yours and it’s a not for profit media project designed to enhance mental health, social inclusion and social change. It’s features include an online diary powered by you, where you can share your stories; inspirational features on amazing people (ala Side Street) and tons of amazing local content too, so you can know what’s going on in your area no matter where you are (we’re going GLOBAL this time!). We’re going to attempt to bridge that massive divide between the online and the offline realm as well with events and meetups, such as conversation series and book clubs, plus workshops to teach you guys how to share your stories, which we’ll then publish on the site. AND! And we’re going to be producing stories about issues you need to hear about and we need to talk about, such as mental health, abuse, addiction, and fluffier things, like LOVE.

There is oh so much to it, and we’ve been at the School for Social Entrepreneurs for the better part of the past year to work on it. Now it’s all set and ready for launch, but we need your help!

For $50 you’ll be part of the movement for a more open society, and you’ll also get a very delectable mook (half magazine, half book) with stories about compassion, grief, joy, sadness, hope and inspiration (and more). It’s going to be possibly the prettiest thing ever. And if you have deeper pockets, then you can grab some signed prints from Cybele Malinowski, photographer extraordinaire.

Here’s a video for you about why it’s being created, which was produced after Tuesday evening’s Think Act Change event on whether storytelling can change the world (yes it can).

Side Street Sydney was a writing project 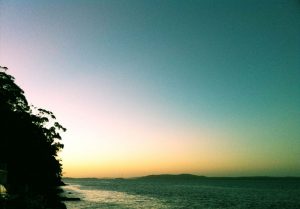 If heaven had a name other than heaven, I’m pretty sure it would be “Cheese”. And not just any cheese – the kind of cheese that’s EXPENSIVE and served with an accompanying glass of white. Sounds way too good to be true, doesn’t it? Something you’d only get in… a place called heaven? Lucky for EVERYONE, you can actually also get it at a place called Helm Bar, which hosts incredible cheese and alcohol matching nights every month or so. 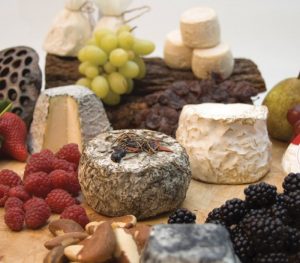 My friend and I trotted along to the last one they had and were treated to some truly perfect matchings as the sun set over Darling Harbour. When you get to the venue, you’re assigned to one of four tables, where you will be continually topped up with a rotating glass of wine to match the rotating plate of cheeses. All up, you get to try four cheese and wine combos, and trust me, they come from the experts in the biz. As each matching meets your gracious lips, the aforementioned experts (including cheese expert Claudia McIntosh) explain what the cheese is all about – how it’s produced, where it’s made, the taste subtleties that only a truly trained connoisseur can pick up and how much it costs. One of the matured goats cheeses we tried had a price tag upwards of $90 a kilo. Hence, if we had not attended the event, we would never have known what heaven tastes like. 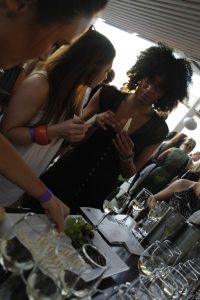 Not only do you get to do a little tasting session, but the cheese & wine guys also give you tips on how to match your own perfect combos. This is handy if, like me, you know nothing at all about the subject matter. When the evening is over, they even do a raffle for cases of the wine you have tried, and if you’re lucky, you’ll win your favourite one. I am not in fact lucky, but I won anyway, which possibly means that I am guaranteed a spot in cheese heaven. It makes sense, doesn’t it?

Their next matching night actually involves beer and cheese with beer blogger Mark Chippefield and will be on June 29th. Tickets sell out quickly and are just $40, so call Helm Bar on 02 9290 1571 to book your spot. 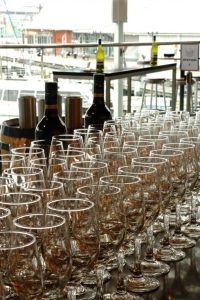