Australian author Krissy Kneen is obsessed with sex. Her book, Affection: a memoir of love, sex and intimacy tells of a stifled Catholic childhood in the somewhat less refined parts of suburban Sydney and an adulthood of unbridled experimentation when she escapes to university in the city. Sex infuses and consumes everything she does. 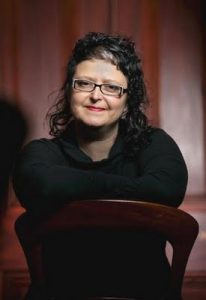 For the most part, it’s not sordid, although you can’t help but suspect that the author censored herself a little at least. The account opens with Kneen tied to a pole, blindfolded and waiting for her lover’s touch. That’s one way to spend a Sunday morning, I guess.

“I imagined that he would look up from the dishes and watch me. I wondered if I looked ridiculous in submission, if he was grinning with the humour of it all… I heard him empty the sink and fill it again. Time passing. The slow drip of dishes drying. The television upstairs chattering about nothing to no one.”

With a memoir it’s easy to delve into a self-fetish, whereby the subject becomes completely enveloped by the state of his or her own motivations and personal dramas and thoughts on this and that. Affection manages to avoid narcissism and treads gently over the life of its author. It’s not about judgement or critical assessment; it’s a weaving tale that could just as easily be fiction but is made more interesting by the fact that it’s not. Kneen’s deprecating self-reflection makes it seem as though she is looking at herself through a window and finding the scene a little ridiculous.

“I had sex with Evan because I wanted a ticket to the movies. I have to be honest about this.”

Kneen’s attention to small detail is intricate; it breathes life into the account, a feat that can be difficult for a memoir to attain. Lovely writing and factual accounts of one’s own life can so often be mutually exclusive. It’s because the writing in Affection is so good that as I read, I forgot that this is a flesh-and-blood life, not a character in a story.

“He smelled a bit like chocolate, and there was a kernel of popcorn caught in the cuff of his jeans… He was a nice man, quiet, and with the kind of eyes that could be cold or blazing if you caught them in a particular light…. I liked the short boy with the curly hair who used to bang his forehead against the wall whenever his computer wasn’t working, too. There was not much between them, the fire-eyed boy and the boy with mild Aspergers. It could have gone either way.”

A life mired in something bordering on obsession (bordering?) is not without it’s trials and failures and heartbreaks. Kneen does pay a price for her passion, but she instinctively recognises that it’s inseparable with herself. Rather than making this cause for despair and self-loathing, she is very accepting of her nature, and she never tries to be anything other than that which she is. Refreshingly, there’s nothing preachy about it – in fact, I don’t think Kneen is even aware that her experiences could have turned into a self-help how-to-love-yourself book. What a turgid tale that would have been.

“He’s gone, I thought. I struggled out of the rubber gloves and I walked to the door of his room and the few possession that he owned were gone. I sat on his bed in the sour smell of his sheets and I rode a surge of anger, and then loneliness and then loss. When it was over I dragged myself to my feet and settled down with my head in the oven. The irony was not lost on me. I laughed, coughed from the lungful of chemical reek, and settled back to the task at hand.”

Affection is a wonderful book, and is all the more intriguing because it is a memoir. It engages, entertains and connects. It is a very intimate account of a life by an Australian author that avoids Australiana. There’s no bush, no beach, no indigenous awakening, and no suburban sprawl. It’s just a life. Kudos to that. 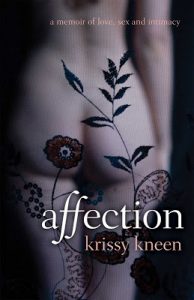